De-mystifying the vaccine for Corona virus

It is with sorrow and wonder that we are observing an event unprecedented in world history [1]. In the name of "love” for the elderly and the more vulnerable, vaccination is being scheduled for all people worldwide, in order to exterminate the implacable "invisible enemy”, known as Corona virus SARS-Cov2 (COVID19):

• A necessary legal framework that will abolish the right to individual choice and will "defend” the benefit-right to public health (Law 4675/2020 for Greece) [2]
• An accompanying governmental authoritarianism to enforce it
• Creating demand and expectation for the vaccine (terrorism-brainwashing by the media with the dilemma of "vaccine or social incarceration-isolation”)
• Unilateral funding for the production of the vaccine, for controls by clinical trials, for mass-production in vast quantities and for delivery to every corner of the planet - at the expense of research for finding and producing specialized antiviral drugs.

These are just some of the steps in the protocol already being implemented in order to reach this milestone event. Businessmen, journalists, government officials, and international NGOs are almost daily propagating the vaccine like a magic wand that will supposedly allow humanity to return to the pre-COVID era. On the other hand, instead of the scientific community (with the exception of an excessively projected, vaccine-obsessed elite), stigmatizing this misinformation, it has been keeping a "fishy silence” about what people should really expect from the vaccine, with the exception of a few inspired instances, such as Professor Dr. Yannis Ioannidis [3]. In fact, this specific "pandemic” anything BUT justifies worldwide vaccination. Let's see why:

1. The particularly low mortality rate of the disease, but also its distribution by age, clearly denote that vaccination, whenever it becomes feasible, must be targeted. This percentage is fictitiously over-evaluated for the time being (~2.5%) : on the one hand, due to the over-representation of severely positive cases of the virus [4], and on the other, given that the death toll from COVID has also included the deaths of cases found positive for COVID but with other, underlying diseases (not the SARS respiratory syndrome) [5]. Recent studies which have estimated the number of deaths in relation to the actual number of people exposed to the virus – based on serological tests (antibody tests) in a specific geographical area – have determined that this percentage is of the order of magnitude of seasonal flu (certainly <1%) [ 6].

It should be noted that even if the epidemic returns, as is the case with influenza, the health system will deal with it more effectively, as now there is experience in managing the disease (more ICUs). Hence, mistakes of "Italy’s kind” will not be repeated, leading to a further reduction of the mortality rate. Based on the above, even if a safe and effective vaccine is produced (something especially difficult for corona viruses’ biology), it can be justified for administering it only to high-risk groups, as is done with the seasonal flu vaccine. Needless to say that it is not justified for administering it to children - who are in their vast majority asymptomatic, nor to people who have been exposed and are immune to the virus (positive antibody test), given that they already have what the vaccine would have given them.

2. Covid-19 virus, as opposed to influenza, mainly affects people in the third and fourth age groups, where the phenomenon of immune senescence [7] occurs – that is, the reduction in size, quality and duration of their immune response-protection - which can occur, after being vaccinated. In other words, the vaccine-induced active immunity may not be capable of protecting the elderly, who are the par excellence "target” of the corona virus; hence, the finding of an anti-viral therapy should be a priority – assuming that the protection of the elderly is in fact what is desired.

3. Related to the above, is that with seriously ill patients, acute respiratory failure occurs through an immuno-pathological mechanism (a "storm” producing inflammatory cytokines and reducing CD4 and CD8 T-mediated immune response [8]). There are serious concerns that vaccination will exacerbate this immune complication in the event of a subsequent viral infection and will consequently worsen the patient's clinical course. A similar effect was observed with the FeCoV coronavirus vaccine, which affects cats and causes peritonitis. [9].

4. The logic of eradicating an infectious disease through global vaccination, on the one hand presupposes the existence of a very safe and very effective vaccine, and on the other hand, most importantly that there be no other hosts of the virus in the natural environment. That is, man has to be the only species that can host the virus. This is true of the polio virus, but it does not apply to the coronavirus, because all research suggests that the virus originated from bats. Unknown and controversial remains the intermediate link (host?) which had transported it from the bats' caves of Wuhan city. In any case, the disappearance of the virus through global vaccination would only be temporary - in other words, a terrible waste of resources, inasmuch as it could transfer from its natural refuge (the bats or the intermediate host) to the human population at any given moment, capably mutated for bypassing the existing herd immunity and initiating a new pandemic.

5. Coronaviruses, being RNA viruses, mutate rapidly, gaining genetic and therefore antigenic diversity. This diversity, especially for coronae, also increases through RNA recombination, due to the particularly inconsistent mode of transcription of viral RNAs. Two types have already been identified for SARS-Cov2, S and L [11, 12]. It is doubtful that a vaccine can provide both equal coverage for all strains of the virus that emerge, as well as permanent protection over time, hence underlining one more time the importance and priority of finding anti-viral drugs against coronavirus. It is quite likely, therefore, that over time, a global vaccination evolve into regular global vaccinations.

Could this perhaps be the aim? Perhaps the corona is the long-awaited pretext for launching the universal transition to a hybrid human biology, where the human body will be protected, strengthened and ultimately dependent on platform technologies (genetic engineering, digital interfacing) through regular vaccinations-updates. But why all the rush for a vaccine that not only does not promise much, but is the cause for concern in the scientific community, especially if it is produced in a hurry and implemented en masse? Finally, do the pharmaceutical industries serve man, or does the opposite apply?

The reality is that ~ 99% of people infected with coronavirus survive. Emphasis (ie funding) should be placed on how to target the 1% of those who don’t survive, in spite of a host of pharmaceutical options (immuno-modulators, monoclonal antibodies, RNA polymerase inhibitors, proteases, etc.). Already, the first results from the form of hydroxychloroquine-azathromycin [13] as well as from a monoclonal antibody that targets the superficial glycoprotein S of the virus [14] are very encouraging.

Of course, part of an anti-viral strategy is also the development of a safe and effective vaccine. However, as analyzed, its forced production (1 year instead of at least 6 years) with so many gaps in the knowledge of the biology of the corona is not indicated - much less its mandatory mass implementation. It is a tragic scientific forfeiture (if not absurdity) in the age of Molecular Biology - whose aim is to provide Medicine with specialized (even personalized) treatments minimizing any side effects – that there is discussion solely about intervention in 100% of the human population, in order to "protect” 1% of it from a flu-like virus, with a suspicious pharmaceutical half-measure. Quite simply, this is a WRONG approach, certified by the fact that for so many years there has never been any global vaccination against the flu virus - which would have been far more plausible, inasmuch as it strikes all age groups.

Man, as a rational being with critical thinking, has the ability to voluntarily choose whatever is recommended by medicine and biotechnology in favor of his health, while simultaneously undertaking the consequences of those choices, given that interventions in the human body are rarely without side-effects. Vaccines are not exempt of this rule. [15] The choice of not being vaccinated does not endanger public health, as long as it does not abolish another person's right to receive the vaccine - and with it, any protection it provides. It is therefore self-evident that the final decision-responsibility for receiving a vaccine belongs to the person being vaccinated, since he will necessarily have to live with any complications that may arise. No eventual compensation can restore irreversible damages to a person’s physical and mental health. Consequently, that which is condemnable is every kind of complaisance that criminalizes a person's stance towards living in a body free of suspicious vaccines, and which transforms societies from democratic, to herds of undecided and expendable animals.

One can perceive from the aforementioned that the law pertaining to compulsory vaccination [2] and the related propaganda in favor of the vaccine – with the Covid19 virus pretext - have no scientific origin and reference. They do not defend but rather undermine the good of public health, and they enable the monstrous financial interests involved, as well as the obscure agenda of certain "big brothers” with power-loving appetites. Finally, they militate against the freedom of a person’s spirit and body. As such, they should be retracted at a scientific, legal and mainly at a spiritual level.

The clime in which these schemes are developed and consolidated is fear. The Mass Media of Intimidation carefully create and maintain this clime. Fear is a mighty inner force of man; it can paralyze his will, but it can even steel it. The question is in which direction a person directs that fear. If he turns it towards God, the only One worthy of being feared (Luke 4: 5), then he will receive enlightenment in return, boldness and courage - according to His words: "be of courage, for I have overcome the world” (John 6:33). If a person remains focused on the phobias of this age, he will receive in return even more anxiety, confusion and cowardice, according to the Psalm: "they cowered in fear, where there was no fear” (Psalm 5: 5). The intentional persistence to de-sanctify the Sacrament of Holy Communion is not by coincidence; its purpose is to elicit and generate fear that will support the myth of the vaccine - as is the case throughout the ages, with all fictitious concoctions that lack any logical grounds.

Every time there is mention of saliva, spoons and the like - by those who have targeted Holy Communion -the miracle comes to mind of the born blind man (John 9). The Lord, with a "sanitarily unacceptable” action, restored the eyes of the blind man! He mixed His saliva (a means of spreading viruses and bacteria) with soil (a source of millions of germs) and "smeared” the clay mixture over the eye sockets of the blind man (mucosal conjunctiva: a point of entry for germs and the onset of infection). We are familiar with what ensued, just as we know that no science is able to reproduce that result. Quite simply, if it had taken place today, apart from the Pharisees of that time, among Jesus’ accusers would also be certain narrow-minded infectious disease specialists.
I pray from the depth of my heart that God will make them worthy of experiencing the Power of the Sacrament. The Lord is there, and invites them. He will never obligate them ... 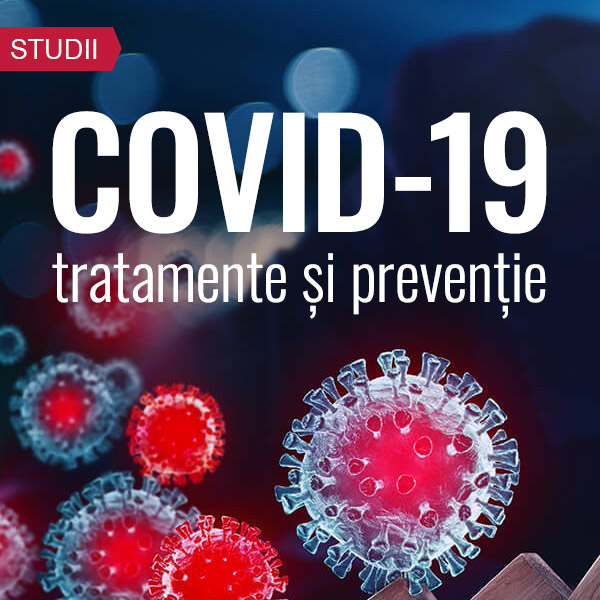